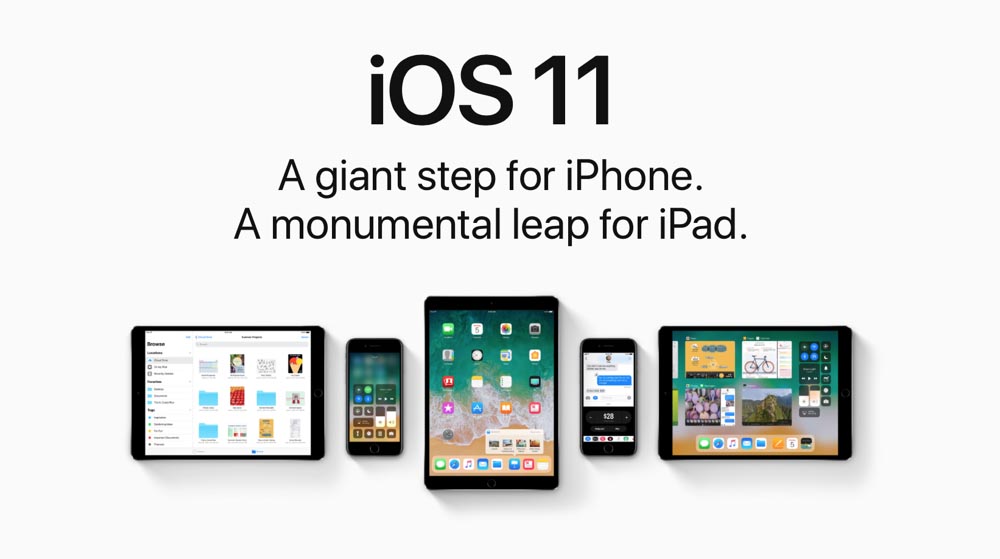 The latest version of Apple’s mobile operating system iOS 11 has arrived on Tuesday as a free update. Next to its new iOS 10 that users of the devices of the company can take advantage to get the most out of your device.

Among the new possibilities and tasks is the possibility to customize the ‘Control Center’. From ‘Settings’, access to ‘Control Center’. Where users of iPhone or iPad can delete, add or reorder items according to their preferences. For example you can add the calculator and the alarm to quickly access those applications.

Regarding multitasking with iOS 11. Users will only have to drag an ‘app’ out of the ‘Dock’ that comes with this mobile operating system. Use ‘Slide Over’ or ‘Split View’ to perform two tasks at once. Such as scrolling through a web page while writing a note in the Messages.

With the drag-and-drop feature on the iPad, you can use ‘Multi-Touch’ capability to move images, text and files between applications. Even selecting multiple items with just a few touches. Soon many of the most used apps will incorporate this feature as Apple advances in a statement.

With the new app Files you can explore search and organize all the files stored by the user on your iPad, iCloud Drive and other cloud services from the same place.

The new document scanner allows you to scan single- or multi-page documents. Automatically detects the edges of the page from any angle and center the document to achieve the perfect framing. You can add handwritten annotations to the Apple Pencil in the iPad Pro. For example: to sign forms, without having to print anything.

In case of having to point something with urgency users only have to touch the iPad lock screen with the Apple Pencil to open instantly the ‘app’ Notes with which to annotate anything on the fly. When it comes to finding specific annotations. The search tool allows you to navigate handwritten notes easily and quickly.

The ‘Do Not Disturb’ feature helps the user eliminate distractions at the wheel to focus on the road. Mute notifications automatically while driving to keep the screen off. It is even possible to send an automatic reply to the contacts that the user has in ‘Favorites’ to warn them that he is driving and cannot respond until arriving at the destination. With iOS 11, Siri’s personal assistant has a more natural voice. You can translate from English to German, Chinese, Spanish, French or Italian and it anticipates suggestions based on the personal use of the user.

The App Store on the other hand launches a new design that allows to discover applications and games more easily. The ‘Today’ tab will feature interviews and texts prepared by the publishers of the App Store. They will unveil the stories of iOS developers and their great ‘apps’ and games.

As for the photographs effects like Loop, Rebound and Long Exposure will provide new possibilities when editing ‘Live Photos’ and immortalize the most special moments.

The ‘Memories’ feature features new types of memories best selections and ‘Memories’ movies in ‘Portrait Mode’ and the ‘People’ feature is simpler to use. More precise and automatically synchronizes on all user devices via iCloud Photo Library.

iOS 11: How to Update your iPhone and iPad

Tips To Make The Best Photos With Your Mobile Phone