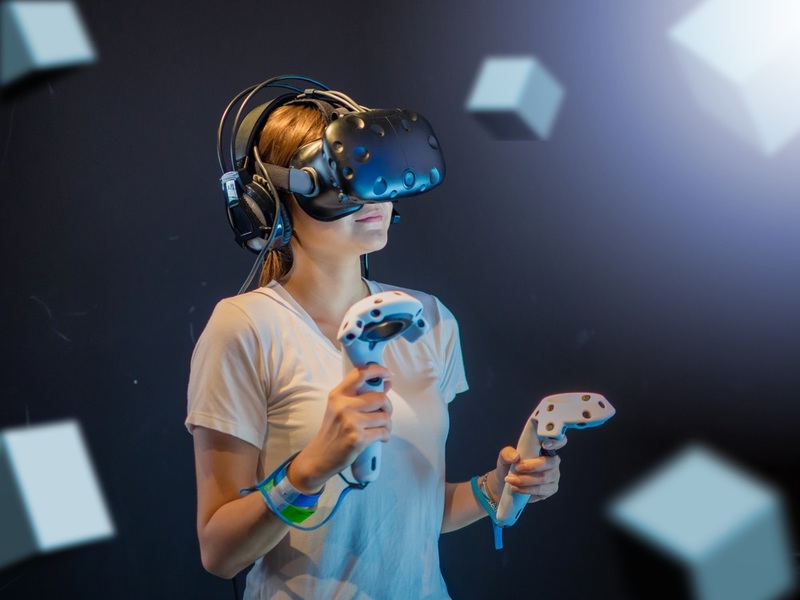 Virtual Reality is the hottest thing that is going on right now in the gaming industry and why not. It is giving us the otherworldly experience that we are very new to. Virtual Reality (VR) takes us closest to reality in gaming where the gaming is so immersive you will actually you are in the game. Exciting isn’t it? And it is just the beginning; Virtual Reality has a lot to offer in the coming future.

Many Popular brands and gaming companies are looking forward to investing in this revolutionary technology. Oculus Rift, Google Cardboard, HTC Vibe, and other Virtual Reality centric devices are creating a buzz in the market. Mark Zuckerberg, co-founder, and CEO of social networking site Facebook believes in VR, stating virtual reality going to be a big deal in the future.

Virtual reality opens up a new dimension and a whole new experience for gamers. Not only Virtual Reality (VR) is advancing in the gaming sector but also in entertainment, health and education. Let’s know everything about Reality (VR).

What is Virtual Reality (VR)?

According to website Techopedia, “Virtual reality (VR) refers to computer-generated environments or realities that are designed to simulate a person’s physical presence in a specific environment that is designed to feel real.” In simple words, Virtual Reality is a digital world where a user can interact with the virtual environment the same as the real world.

Virtual Reality experience is different from 3D gaming. In 3d games, a user interacts with the virtual environment with an in-game character or avatar whereas Virtual Reality makes a user feel like he’s/she’s in the game. Virtual Reality is more immersive than any other means of gaming.

Humans are really good at adapting things and if we really like something, we try to reinvent it to make it perfect. Virtual Reality is at the cocoon stage and there are a lot of possibilities in the near future. Speaking of the future, Ready Player One, a 2018 film produced by Steven Spielberg shows a glimpse of the coexistence of humans with virtual reality.

Virtual reality needs proper improvement and technological advancements in order to truly fulfill its purpose. Thankfully we are moving in that direction but still. We all have dreams and desires that we want to fulfill in one way or another and Virtual reality is the most possible tool right now to achieve that.

Virtual reality has a great scope for gaming and other sectors such as medical, education, etc. for instance it can provide an environment with real life things to interact with, which basically enhances the experience of a user. One thing to point out that Virtual reality is not in fiction anymore it is here. The future is here.

Future of Virtual Reality in Gaming

Virtual reality has a great future ahead, some may argue on that but let’s just stand tall for the fact that it could be the next big thing like IMAX 3D. Why we love to experience movies in 3d because it gives the viewer an immersive experience. Just like IMAX 3D, Virtual reality is immersive and able to give a user a real-life kind of environment.

As the advancements of Virtual reality is at the beginning stage and because it is a little expensive it is out of reach to most people. But, this is always the case with new technology, for instance, take mobile phones a decade ago a normal phone cost a lot and now high-end devices in a few bucks.

Games like The Climb, Minecraft VR, and Star Wars Battlefront are the newest and most immersive game editions to date. Recently the makers of Gears of War developed Robo Recall for Oculus Rift. Tech giants like Google, Microsoft, Sony, etc. are investing a large sum of money in VR Gaming, so it’s safe to say that we are going to see more of virtual reality-based devices and games.

Rajit Kumar Batham is a writer, blogger, and researcher at WorkLooper Consultants Pvt. Ltd. He loves to write blogs on IT, Business, Marketing, and Lifestyle.

How to Protect Against Cyber Attacks with Little Technological Knowledge

Top 8 Web Design Tips to Get an Ideal Website