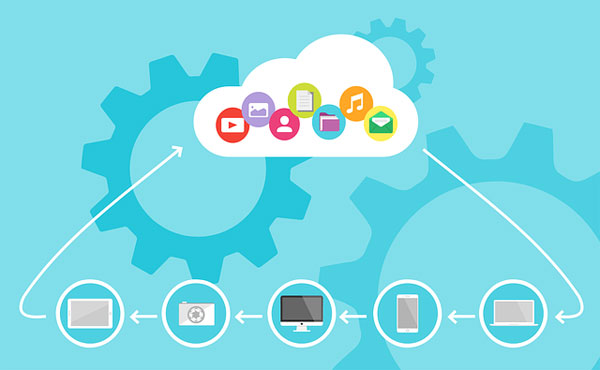 In a simplified way, the cloud is an IT technology that makes it possible to use computing resources over the internet remotely. Anyone using a computer or cell phone can access various software and systems and store files that are accessible anywhere in the world. Cloud technology is certainly one of the technologies that are most present in people’s lives.

For example, when watching a Netflix movie, you have already made use of Cloud technology. It is quite common for people to have also stored their photos and files on Google Drive. I would even risk saying that it is your case.

Knowing this trend, many people started to migrate their systems to the “cloud”, mainly in a cloud service called Virtual Private Server, or in a simplified: VPS.

To better report the operation, we did a test using BH Servers’ VPS (Virtual Private Server) service, which is nothing more than a computer stored in the cloud just like our traditional PC. But we can access it from anywhere in the world because it is a virtual private server.

In this case, the version used for testing was the VPS windows version, which behaved very well. By accessing via a remote session, we were able to install programs and work exactly as we would on our computers.

We interviewed the support technician of this site used for tests, who in summary gave us the following testimony:

“This is a major evolution of technology and we recommend it to all people who need, for example, to maintain ERP systems, various software, and even forex systems, as is the case with Metatrader. The operating cost for individuals or companies, decreases considerably, since we already offer a ready-made structure, without having to worry about electricity, breakdowns, environmental cooling and many other technical details. ”

And in fact, maintaining a service in the cloud really generates these savings, since the only concern is to keep payments and the rest of the providers of this type of service, such as BH Servers, who take care of the entire environment.

Anyway, Cloud technology really is already part of our lives, and expect it to be increasingly present even inside our homes. Therefore, prepare for the future, because even if it is not your case, sooner or later you will use some Cloud Computing service!

Related Topics:VPSVPS Windows
Up Next