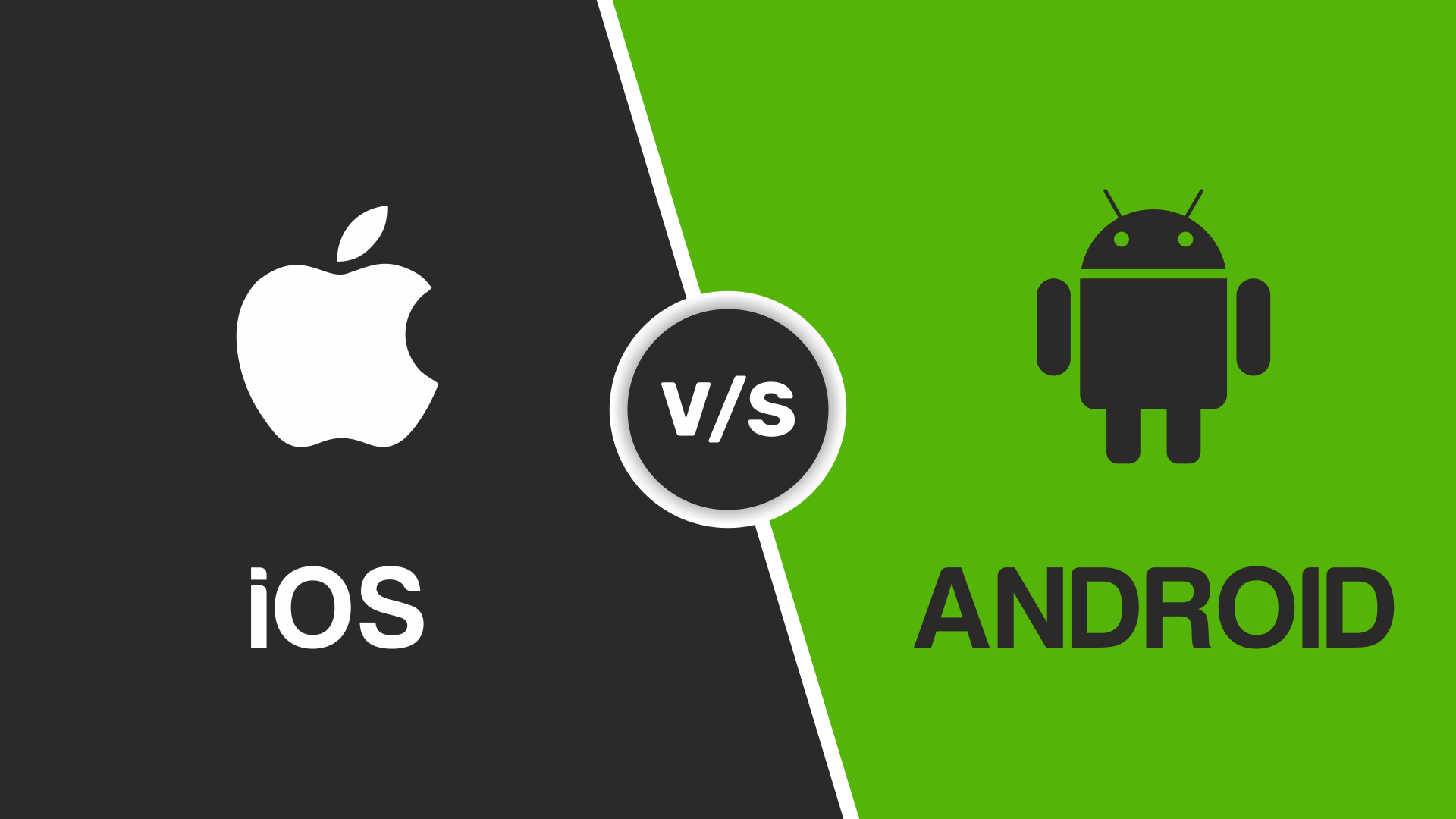 To be fair, it is impossible to say with certainty which platform is better, iOS or Android. So, the best option here would be to create an app for both platforms. This will help you to distribute your app widely. It can be cross-platform or native development. This step makes sure that you do not miss out on any potential market.

And, if you have a well-determined target audience and if you know exactly its geography and preferences, then you should make your choice based on that data. Here are some tips to help you in choosing the right platform for mobile development. You can choose to start with one platform that seems to best fit your needs, and later you can develop an app for a different platform. First, let us start with knowing the basics of both the mediums:

Apple created iOS in 2007 to develop its own products. Apple also provides its developers with the iOS Software Development Kit (SDK). Unlike Android applications, one cannot create this operating system on any device. To develop any iOS apps, one requires a Mac computer running on the latest version of XCode. This special development environment is for both Mac and iOS apps.

When it comes to iOS development, Swift and Objective-C come into play. Swift is preferred by most mobile app development teams. Even Apple has itself claimed that Swift is 2.6 times faster than Objective-C as it is:

Google released Android back in 2008. It is built on the Linux kernel. This platform provides developers with Android SDK. This is one of the factors that makes it easy for developers to create Android products. Android SDK:

The main programming languages to develop Android applications are Kotlin and Java. From these, Java is one of the most widely used technologies in the world. But it was not yet that easy to develop. So, in 2019, Google announced Kotlin as the language of choice for Android app developers. Kotlin programming language streamlines the development process and provides cleaner and safer code.

You want to reach as many audiences as possible around the globe.
Your target audience is from Eastern Europe, Asia, and South America.
You want more freedom to implement unique features in your application.
You are planning to implement a monetization strategy related to in-app advertising.

Which is the Best Platform to Build Your App?

After having a basic understanding and introduction to iOS and Android, now it is time to decide which platform is best to build your app on. Well, it all depends on your business goals and capabilities. But, here we have some areas to consider while choosing a mobile development platform for your app.

Firstly, it is very crucial to know your target audience. Who will be the potential users of your application? Where do they reside? As discussed above, iOS and Android are popular in different regions.

So, you need to combine data on the popularity of platforms in the different regions with your business goals and requirements to determine which platform is appropriate for your mobile app.

It is hard to say which app develops faster. Usually, Android fragmentation dramatically delays the whole development process. So, here iOS scores more than Android. However, you just need to make sure that you develop your app under Apple’s strict guidelines. Otherwise, these guidelines can also increase app development time. You can hire a dedicated iPhone developer that knows all the features of development.

The scope and complexity of the app determine the cost of developing a mobile app. Usually, there is not much difference in how much an iOS or Android app will cost you. Furthermore, if Android development takes a longer time, it makes the process of developing an app more expensive. Here, you can limit the number of Android devices and target specific OS versions.

The next question here is whether you should plan to monetize your app or not? It is well known that iOS apps make more revenue. Both iOS and Android are great for implementing different monetization strategies. Additionally, iOS users usually tend to show higher engagement rates and in-app purchases, while the largest number of app downloads belongs to Android. So, it is up to you.

It is safe to say that iOS is the future. Just think about this: In 2008, with the launch of the first iteration of the Apple App Store, users would find only 500 apps there. And a decade later, Apple’s CEO Tim Cook announced that there 20 million people were registered as developers on iOS who made around $100 billion in revenue catering to some 500 million weekly visitors to the App Store. Sounds impressive, right?

Let me amaze you more with some of the iOS trends:

These trends clearly suggest future technologies and developments. If you hire an iPad app developer or an iPhone developer then they can guide you with further publication of iOS apps on the App store. With this, you can achieve project timeline optimization and some helpful feature ideas too.

The tug of war between Android and iOS brings more confusion while choosing one. But there is always a helping hand of comparisons. Through different parameters and clear understanding, you can lower the intensity of the confusion and choose what is best for your business.

Maulik Shah is the CEO of Biztech, an Android & IOS application development company from India. Maulik likes to explore beyond his comfort zone. When it comes to writing for the blog, his contribution is priceless. No one else on the team can bring the deep industry knowledge to articles that he has. However, his door is always open and he is generous with sharing that knowledge.

How Long Does it Take to Do BA Mass Communication?