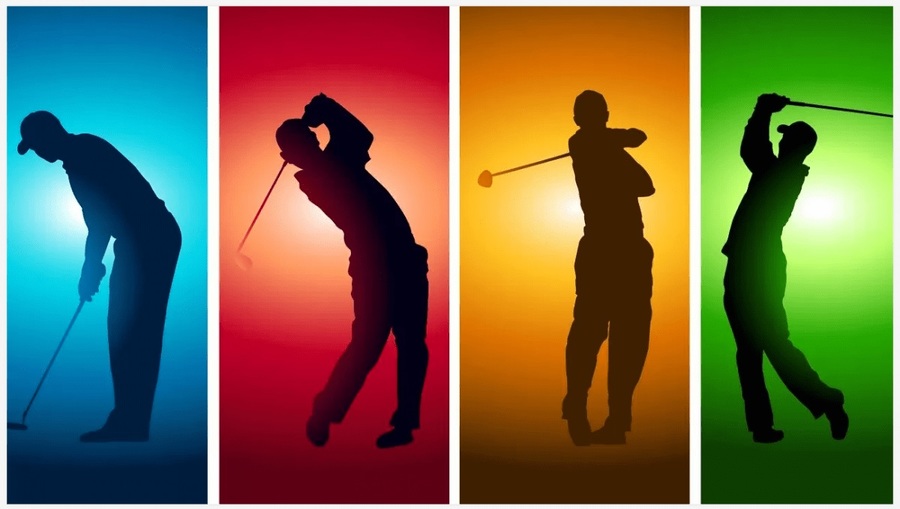 The world’s best golfers draw crowds like no other, with thousands of spectators eager to see a glimpse of a tiny white ball disappearing at great speed 350 yards into the distance. Some are loved, others are players that golf fans love to hate.

There are a lot of different reasons why golfers aren’t liked. From misdemeanors on the course to some bad moves off it background stories that play out to a much bigger audience and the reason why some of the most famous names in the game are disliked.

When it comes to being in the golf news for all the wrong reasons, these are the Golf Reviews top 5 golfers who fan love to hate.

It might seem a little odd to have a man who many consider being the GOAT of golf to be on this list. As a 15-time major winner, Woods conquered all before him as he chewed up opponents and spat them out. Even at the height of his dominant success, opinion on Woods was divided with some longing to see him beaten. However, it was the big reveal of his many affairs with women across the world and subsequent split from wife Erin Nordegren that really turned Woods into a man golf fans didn’t like. Debilitating back problems at the same time, his arrest for DUI which was later overturned after sample evidence, and his absence from the game only added to opinions of Woods. His return to the elite of the game when winning the 2019 Masters put some of those to bed, but he remains a player who splits opinions off the course.

Poulter’s place at the heart of the European Ryder Cup-winning teams has made him arch-enemy number one for golf fans in the United States. His chest-beating and patriotism, as well as handy knack in delivering the goods for his team – something that earned him the nickname of the Postman, which was a former job – are what makes him a hated man. That spills over onto the PGA Tour events where the Englishman collects a vast chunk of his earnings. Poulter has pretty thick skin though and it is like water off a duck’s back. In fact, he thrives on the hatred.

The hatred of Garcia, by some fans – not all, is purely down to his tempestuous nature. The Spaniard will be the first to admit he is hot-headed. That might be a little bit of an understatement, actually. When the chips are down, Garcia throws his toys out of the pushchair like a spoilt child. Taking divots out of tee boxes after a bad drive, throwing his clubs into lakes, snapping putters, and beating the greens and the sand of a bunker times over in frustration…He has a rich history of petulance. Not to mention spitting and racism. That makes him a focal point for the haters, and some would argue with good reason.

There is only one reason why Na became a hated-man and that was his slow play. Fans almost bored waiting for the Korean-American to take his shot, turned on him. On the stopwatch in 2011, he was the slowest player on the PGA Tour. What had started as a just generally being a slow golfer, when deciding what shot to play and through discussions with his caddy, became worse still by 2014. It was at this time that Na developed a mental block that actually prevented him from going through with shots. Not even a waggle of the clubhead could snap him out of it. The yips not only caused him a direct problem, but it also made him one of golf’s most hated figures too. Thankfully Na managed to overcome the mental block, but the opinions of him from the other side of the ropes remain.

There’s no bigger pantomime villain in golf at this moment in time than American Reed. When he won the 2018 Masters, for his first major victory, Reed’s controversial past was dragged up. He bypassed a celebratory hug with his parents and sister, all of whom he is estranged from after choosing to marry wife Justine aged 22. His arrest for under-age drinking and having a fake ID was also brought to the surface, as was cheating allegations brought to attention by his own University of Georgia team-mates. He played for the team for a year before being left out on the back of the rumors. The allegations from his own team-mates were that Reed improved his lie in the rough. Fast forward to 2019 and he was doing the same at the Hero World Challenge, only this time moving sand to improve his lie in a bunker.

Footage later emerged of Reed doing the same thing four years earlier on the PGA Tour. The week after the misdemeanor in the bunker, Reed suffered some serious abuse at the 2019 Presidents Cup, as well as from his fellow tour stars, and it all came to a head when his caddie (and brother-in-law) snapped and went face-to-face with one fan. It all added up to another chapter in the controversial life of Patrick Reed.

James Matthews is a sports writer with a special interest in golf. He writes features, news, and golf equipment reviews for GolfReviewsGuide.

Choosing the Best Sleep Positions When Dealing with Sciatic Pain?

15 Tips For Naming Your Startup Business

Discover The Most Common Diseases Linked To Tooth Decay

Which of the Spouses Has the Legal Ownership of the House in a Divorce?