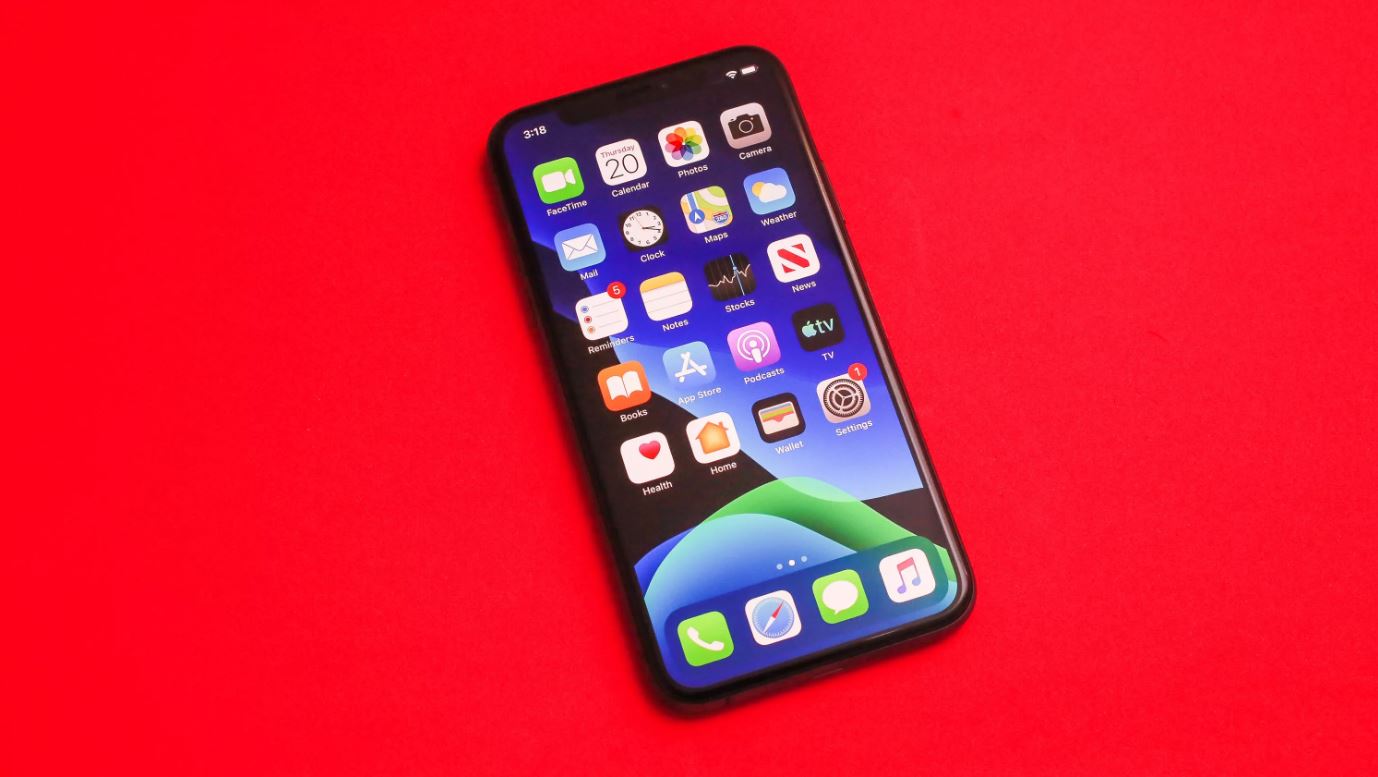 Apple recently launched the latest variant to the famed iPhone line up and whilst doing so, they also gave up on the Roman numerals and aptly named it the iPhone 11. The newest entry to the already popular Apple series has received acclaim for being priced justifiably all the while packing top of the line specifications which puts it on top of the smartphone market right behind the improved iPhone 11 Pro and iPhone 11 Pro Max.

iPhone 11 packs the same visuals as the iPhone XR with a 6.1-inch, Liquid Retina, True Tone display which provides a resolution of 828 x 1792 pixels and 326 pixels per inch of density. Apple also bids farewell to the 3D touch and has opted for a Haptic Touch solution that operates with a long press of the app icons. The display also offers 625 nits of peak brightness and is covered with a fingerprint-resistant oleophobic coating. The front also houses the sensors for Apple’s Face ID which is enabled by TrueDepth camera which is used for facial recognition.

In terms of the overall design, the iPhone 11 features water and dust resistance with IP68 (maximum depth of up to 2 meters up to 30 minutes) rating under IEC standard 60529. It has a glass at the front and at the back with the back glass panel featuring the Apple logo in the middle, which is in a different position compared to the previous iterations of the iPhone.

According to Apple, the glass used for the design is also tougher than the previous iPhones. The device weighs 194 grams and is 5.94 inches tall, with overall thickness coming in at 0.33 inches. There is a bump on the back which has a frosted glass finish, and it houses the cameras and the flash that are the same sizes as the iPhone 11 Pro, but the iPhone 11 has two cameras compared to the Pro’s three. The device comes in six colors: black, green, yellow, purple, red and white.

The iPhone 11 also packs a lot of power under the hood with the latest and greatest mobile SOC made by Apple; A13 Bionic chip, which also houses the 3rd generation Neural Engine. The chip is based on 7 nanometers, 64bit ARM architecture, coming in at six CPU cores in total, with two high-performance cores called Lightning and four energy-efficient cores called Thunder. The CPU is clocked in at 2.65 GHz. Apple claims the two high-performance cores are 20 percent faster with a 30 percent reduction in power consumption, and the four energy-efficient cores are 20 percent faster with a 40 percent reduction in power when compared to the A12 chip which is in the iPhone XR. The iPhone 11 comes with three internal storage options: 64 GB, 128 GB, and 256 GB, all of which have 4 GB of RAM. The device features Apple’s proprietary Lightning connector. Apple’s iPhone 11 is also the first smartphone with an ultra-wideband hardware which is there because of Apple’s U1 chip.

iPhone’s newer chipset is in a league of its own but there is a key difference between the 3 variants of the new iPhones as iPhone 11 pro and iPhone 11 Pro Max is faster due to the inclusion of an extended 2 GB of RAM making their total to 6Gb of RAM.

The iPhone 11 comes with iOS 13 in the box, which ensures that it is running with all the new improvements that Apple provides over the previous iOS 12. iOS 13 also features the newly added Dark Mode and Sign in with Apple. The former is a dark color scheme for the native Apple apps and is also in the works to be available for third-party developers, who can utilize it for developing new apps and updates. The main use of the dark mode is that it makes using the device easier on the eyes in low-light conditions.

Sign In with Apple lets users use their Apple IDs to sign in to apps and sites with a single tap, and It’s a similar idea to the sign-in services provided by Facebook and Google, but the main difference being the priority that Apple gives to privacy, letting people do things like hiding their email address. Unlike other similar services, Sign in won’t track activity or create a profile of iPhone users. iOS 13 also brings timely updates to Siri with the latest addition of Siri shortcuts, which lets users create custom quick actions that can be triggered with specific phrases. New software changes also came to the camera app’s interface with the addition of a new monochromatic effect, and photo editing with new editing tools in the Photos app.

The software experience is similar amongst the 3 variants of the new Apple iPhones as they all pack the same iOS update, but there is a difference in terms of multitasking as iPhone 11 pro and iPhone 11 Pro Max have an upper hand over the iPhone 11 because they are capable of running more applications in the background thanks to the extra 2GBs of RAM.

The latest Apple iPhone 11 houses a non-removable Lithium-Ion 3110 mAh battery, which is capable of 18W fast charging which tops up the iPhone 11 up to 50 percent in half an hour. It also supports wireless charging. The new device is supposedly set to outlast the iPhone XR with one extra hour of video playback, which is good news for people looking for a possible upgrade for their last generation iPhone.

iPhone 11 has a great battery life but it certainly isn’t the best amongst other Apple handsets, as iPhone 11 pro and iPhone 11 Pro Max have a larger 3190 and 3500 mAh batteries respectively.

The iPhone 11 has a dual-lens 12MP rear camera array, with one being an f/2.4 ultra-wide-angle lens having a 120-degree field of view, the second one is the existing f/1.8 wide-angle lens which was used on the iPhone XR. The iPhone 11 also natively supports 4K video at up to 60fps, and 1080p footage at a maximum of 240fps. Along with the video quality improvements, Apple has also worked on the audio quality of the captured footage with the latest addition of audio zoom, which focuses audio of the area that is being zoomed in on whilst recording videos. People can also seamlessly switch between the wide and the ultra-wide-angle cameras to capture video in their own personalized manner.

The iPhone 11 also improves on the existing Portrait Mode supporting further depth control and advanced Bokeh effects. The device also has a Night Mode which turns on automatically, allowing the camera to take brighter pictures with significantly less noise in low light environments. Apple has also redesigned the user interface of the camera app that now has a scroll wheel which lets users choose between wide and ultra-wide lenses. Taking video is also a long press on the shutter button away. Apple also announced a Deep Fusion feature which takes advantage of artificial intelligence and machine learning for better image processing.

Apple iPhone 11 also improves the front camera with the new addition of an f/2.2, 23mm (wide), 12-megapixel sensor which is a big improvement over the iPhone XR’s 7-megapixel shooter. The images now appear sharper, much more vibrant and have just the right colors.

iPhone 11, along with iPhone 11 PRO pack the best cameras that Apple has ever put in their smartphones, that too by a long shot. With the addition of wide-angle and increased optical zoom (in case of iPhone 11 Pro), the image quality is much better and offers vibrant colors along with support for better low light photography.

Users won’t have any problems with the camera quality of the new devices, as Apple has definitely improved upon the existing camera setup which was excellent, to begin with.

There are some other features that add to the overall experience of the iPhone 11, like the Spatial sound which creates a sound field around the phone that the company is calling a 3D audio solution that is a first for Apple’s iPhones, Dolby Atmos surround sound to enhance the overall audio experience, be it via the device’s speakers or through Bluetooth or wired audio devices, Qi Charging is wireless charging via any Qi-certified charger or cord-free chargers, WiFi 6 (802.11ax) for up to 36 percent faster downloads, support for up to 30 LTE bands for worldwide roaming, Bluetooth 5.0 for connecting up to 2 wireless audio devices like the Apple’s own AirPods and support for dual e-sim, to use two sim card connections simultaneously. Unlike iPhone 11, both iPhone 11 pro and iPhone 11 Pro Max also support Apple pencil.

Rohit Sharma is post-graduate in English and Business Management. Before taking up writing as a profession, he worked as a Business Development Manager in a web-development start-up. His role mandated him to work in coordination with some of the best SEO experts in Gurugram. When Rohit is not busy creating content strategies, he prefers music, long drives, and solace.

Xiaomi Mi 10 Pro: Would it be the First Phone with 16GB RAM