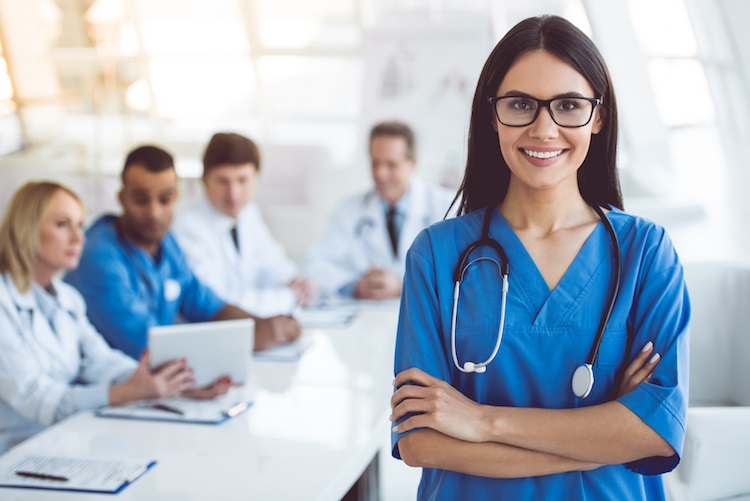 A family nurse practitioner (FNP) is a highly qualified and capable advanced practice registered nurse (APRN), but are there sufficient prospects in the field today to justify the career path from a professional point of view? Are there enough reasons to become an FNP and, more importantly, are those reasons still valid in 2021 and beyond? The answers to these questions might surprise you, so do read on as we provide you with the facts, as they are.

Who is an FNP?

Before we discuss its relevance, the job should be explained in brief to provide aspiring nurse practitioners with a clear idea regarding what it is that they are looking at. Family nurse practitioners are advanced practice registered nurses with significant clinical experience, advanced training, and a certified medical practitioner’s education. However, the role of an FNP extends even further as they may also assume leadership roles in rural communities.

It is to be understood that in rural communities, and experienced FNP does not only take over as the local healthcare leader, but they also play an active role in ensuring the public health of the community in general. Their actions in this regard primarily include taking steps towards the betterment of women’s health and hygiene, infant and child healthcare, spreading awareness about the general well-being of the community, and more.

Depending on the FNP’s qualifications, experience, and the state in which they are working, they can write medical prescriptions and perform primary care procedures without a physician’s presence. In other words, FNPs can run autonomous medical clinics of their own. These duties, responsibilities, and autonomous capabilities are usually the chief reasons why nurses pursue a degree in family nurse practitionership since it allows them to get as close to being a doctor as they possibly can, without going to medical school.

Now is the Perfect Time to Pursue an FNP Qualification

Ironically, in regard to the title question, there has never been a better time to become an FNP than now. It is true that the United States has been in short supply of nursing staff for more than a decade now, which had always meant two things:

As a result of these steps, several new states are now allowing nurse practitioners limited practice authority, while others have decided to extend their temporary full practice authority clause for NPS indefinitely. This was done to mitigate a shortcoming that is even more serious than the shortage of nurses that healthcare facilities across the country are facing right now. As it happens, the shortage of available doctors is even more serious, and nurse practitioners can help fill that gap to a great extent. They already have the training and experience to treat patients effectively, but now that they have gained limited to full practice authority in a number of additional states, the opportunity for FNPs to grow professionally has never been better.

RNs Can Become FNPs without Having to Leave their Present Job

If you are a registered nurse with a BSN degree, at least one year of experience, and a 3.0 GPA, you are eligible to apply for a seat at the Marymount University MSN–FNP Online Program (CCNE Accredited). The online format of MSN-FNP courses is perfectly suitable for working nurses because they can continue to work, gain more clinic hours, make professional connections at their workplace, save money on the commute, and get their degree in their own time. The flexibility that advanced nursing education programs come with is intentional, as these programs are usually designed especially for busy professional nurses.

In addition to the convenience factor, there is also the financial advantage to consider. Online MSN tuition fees are not as costly as you will find them to be on the traditional, offline route. On top of that, being able to hold on to a job means that paying off a student loan becomes a lot more manageable and practical. Other than that, the experience you will gain during your time at work will prove to be invaluable later, as you apply for jobs more suited to your new qualifications.

FNPs are Some of the Most Well-Paid Nursing Professionals

Nurse practitioners, in general, are some of the highest-paid professionals in the entire field of nursing, and FNPs are usually among the highest-earning nurse practitioners. For example, salary.com informs us that FNPs are earning roughly $112,300 per year, as of mid-2021. The site also informs us that if an FNP has sufficient experience and manages to choose their state of work after some homework on which states are most in need of nurse practitioners, they can easily average $120,000+ year with as little as two to three years experience.

Nurses take risks every day, and under the present circumstances, the risk to their wellbeing is greater than it was even just a couple of years ago. At a time such as this, it is only natural to expect adequate salaries and other compensations which they rightfully deserve. Unfortunately, the average salary of an RN without any advanced practice degrees on their resume only comes to about $66,500 per year or $30.50/hour.

On the other hand, even the most inexperienced and low-earning FNP is expected to earn at least $97,000 – $103,000 per year from day one. Therefore, if you have the necessary admission requirements, it is highly suggested that you pursue a higher qualification for adequate reparations.

The Opportunity to Help People as a Medical Practitioner

As an experienced nurse, have you ever wondered how it would feel if you were able to help patients in the same way as a general physician would? Every nurse who has seen enough of the healthcare sector has thought about it at some point or another. More often than not, experienced nurses do actually possess the knowledge, training, and on-job experience to suggest meds and other treatment options to ailing patients. However, they do not have the legal right to do so unless they have a practitioner’s degree, and they are working in one of the states which allow their nurse practitioners that autonomy they deserve.

If you wish to be able to call the shots and not just obey the instructions of fresh, inexperienced doctors all the time, you should really consider getting your MSN-FNP. In states where NPs enjoy FPA, you will be able to open your own clinic and help people to the best of your abilities.

The Opportunity to Help People Who Really Need the Help

Long before the pandemic had started making itself felt, several rural sections across America did not have easy access to even primary healthcare. Even if they decided to make the journey and drive miles to a hospital, locals often found that getting themselves treated at a hospital was not something that they could afford to do on a regular basis. Surveys show that an alarmingly high number of Americans in rural areas avoid hospitals because they simply cannot afford insurance or any form of long-term treatment.

Family nurse practitioners have been opening clinics in underdeveloped, rural regions for a long time now, with the goal of providing primary healthcare at affordable rates to the locals. Now more than ever, they need the help of FNPs to manage the pandemic, as well as other common healthcare problems. A large percentage of doctors who had opened clinics in these locations with a mindset to help them have gone back to the cities because that’s where the pressure is at its worst. Nurse practitioners can help fill this void and provide proper healthcare to the rural populations which are in true need of their help.

Nurses do not usually have to look for work too hard these days due to the nationwide shortage. That being said, the best jobs always go to the most qualified and relevantly experienced nurses. There is a stark difference between just being employed and being employed well. This is where your graduation degree in FNP can make all the difference. Not only does it make a huge difference in terms of employability, but it adds longevity to a nurse’s career as well.

For example, having a BSN may soon become the de facto minimum qualification for all RNs. Since most registered nurses operating in the United States do not yet have their BSN, they will have to complete their qualification before that happens and a deadline is set by the authorities. As an MSN-FNP, you will never have to worry about the board suddenly raising their minimum qualification standards for the job because, if anything, you will likely be overqualified anyway!

However, it should be noted that nurse practitioners willing to reach the highest rungs, must complete their DNP-FNP later. Although an MSN-FNP will never fall short in terms of being the minimum qualifications necessary for working as an APRN, some states do require their nurse practitioners to have a doctorate, before allowing them full practice authority. In other words, your MSN in family nurse practitionership will open many doors, but you may need to pursue a DNP-FNP to fully realize your career potentials as a medical practitioner.

The best hospitals and clinics will almost always choose an NP over an RN while hiring because they are fully aware of the difference in ability, training, and experience between the two. Hospital authorities will pay more to hire an advanced practice registered nurse because it boosts their own reputation as a healthcare establishment, which is critical for business. They would consider hiring an APRN akin to investment because they are gaining a highly qualified and efficient medical employee with trained leadership skills in the healthcare sector.

To answer the main question, we would have to say yes, there are several reasons as to why pursuing a career in nurse practitionership is worth the effort for nurses today. If anything, the present adversities have opened more career doors for NPs, so it would be fair to state that now is the best time to pursue a graduation in family nurse practitionership. The option was always an excellent career-enhancing education for nurses, but as far as present and future potentials are concerned, those are looking considerably better now.

Completing the course and gaining the necessary NP certificate should create opportunities for you to gain independence, become more confident, grow professionally, assume leadership positions, help people in a greater capacity, and earn considerably more than the average RN. Just in case you are unable to move state and gain full practice authority though, know that NPs are still treated with more professional respect by doctors in any state.

Other than that, nurse practitioners are likely to assume a leadership position on being hired within the nursing departments. This is in addition to receiving a significant pay boost. The average and minimum incomes we discussed previously are not just calculated based on the income of FPA-FNPs, but all FNPs in general.

What Can You Do with a Communications Degree?