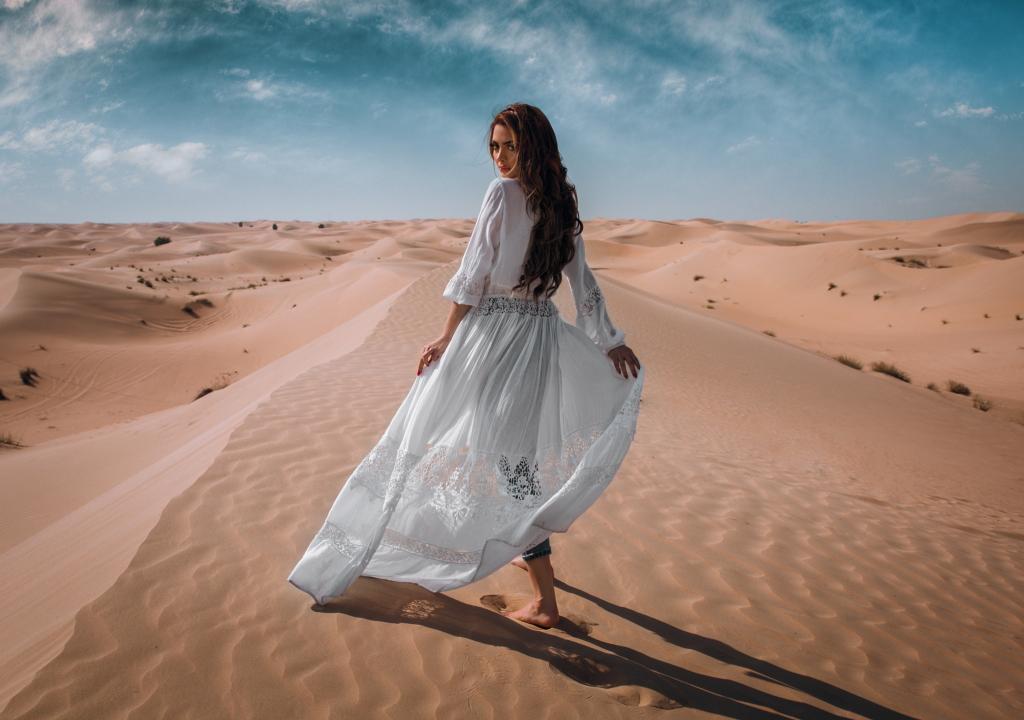 Deserts are enigmatic environments that encompass about a third of the Earth’s surface, but many tourists have never visited one or have little knowledge of them. A desert is essentially a location that receives less than 10 inches of rain each year, though its most extreme manifestations vary greatly. Deserts are unique because of their repetitive scenery, pleasant winds, vast sky, and animal noises. The vast open space welcomes visitors with a sense of calm and seclusion, as well as a genuine outdoor activity. Deserts provide limitless options for exploration. Deserts are categorized into four types based on their temperature and lack of annual rainfall – coastal, subtropical, polar, and cold.

Best Beautiful Deserts In The World:

So, here are the top 5 amazing beautiful deserts in the world listed below.

The Sahara is the world’s biggest desert, covering 3.6 million sq. kilometers. It is also known as the world’s hottest desert, with scenery that changes drastically from one part to the next. Strong winds and rain have molded the dunes here, forming valleys, flats, and oases. Most of the Western part of Sahara, Mauritania, Libya, Algeria, Egypt, Chad, Sudan, Niger, and Mali is covered by the Sahara, which covers a total of 8.6 million sq. kilometers of Northern African area. The Sahara Desert is breathtakingly stunning every day and night. With massive sand dunes, wells, and arid oases, the scenery is both distinct and traditional. The Sahara desert animals too are worth appreciation.

Namib is the world’s oldest desert, with the tallest sand dunes, stretching over 1,200 miles along the Atlantic Coast, Angola, and Southern Africa. It’s a desert. It is situated along Africa’s southern coast and is home to a varied range of animal species found nowhere else on the planet. The Namib Desert is home to a wide range of animal and plant species, some of which are endangered and unique to this globe. History enthusiasts will enjoy a journey to this desert. Namib includes a wealth of evidence of human existence dating back to the early stone period. Coastal fog, a gift from the sea that converts the dry desert into a large natural ecosystem, is the sole source of dampness here.

The Gobi Desert is steeped in history, having yielded several fossil finds, including the world’s first preserved dinosaur egg. During the 13th and 14th centuries, it was also the seat of the Mongol Empire, the world’s biggest contiguous empire. This desert was formed by the Himalayan mountain range’s shadow, and it is one of Asia’s biggest deserts. Unlike many other deserts throughout the world, this is a chilly desert with snow and frost on the dunes on occasion.

The Atacama Desert is the world’s driest desert, located in northern Chile between two mountain systems, the Andes and the Chilean Coast Range. It is a non-polar desert that straddles the borders of Chile, Peru, Bolivia, and Argentina. The desert stretches for almost 41,000 km and rises above 8,000 feet above sea level. This locality receives an average of 0.004 inches of rainfall per year, with some areas receiving no rainfall at all.

With almost 300 days of the clear sky each year, the Atacama offers unrivaled stargazing opportunities. With the naked eye, you can see thousands of stars and even the Milky Way. In the high altitude sections of this desert, strangely formed snow and ice formations exist, which look to visitors as an ice forest in the center of a desolate wasteland with very few plants able to thrive nearby.

The Mojave Desert is North America’s smallest desert. Joshua Tree National Park and Death Valley National Park in Northern America are part of the Mojave Desert, which is the hottest and driest of all the deserts. At 282 feet below sea level, Death Valley is the lowest point on the planet. This is an accessible tourist location for Americans that feels bizarre and absolutely out of this world. It’s in southern California, but it also extends into Nevada, Arizona, and Utah. The Mojave Desert is one of the most popular tourist destinations in the country because of its closeness to Las Vegas.

It’s a landscape where life is scarce and survival is a never-ending struggle, but beauty can be found around every turn, and these harsh conditions serve as a wonderful reminder of how valuable life is. Deserts are totally enthralling for this reason. This article contains the list of the best and most beautiful deserts in the world that explorers must visit once in their lifetime.

Jais Frank is a freelance content writer and enthusiastic blogger. He is the co-founder of Essay Writing Guides. He contributes to many authority blogs such as The Legal Guides and The Parents Magazine.