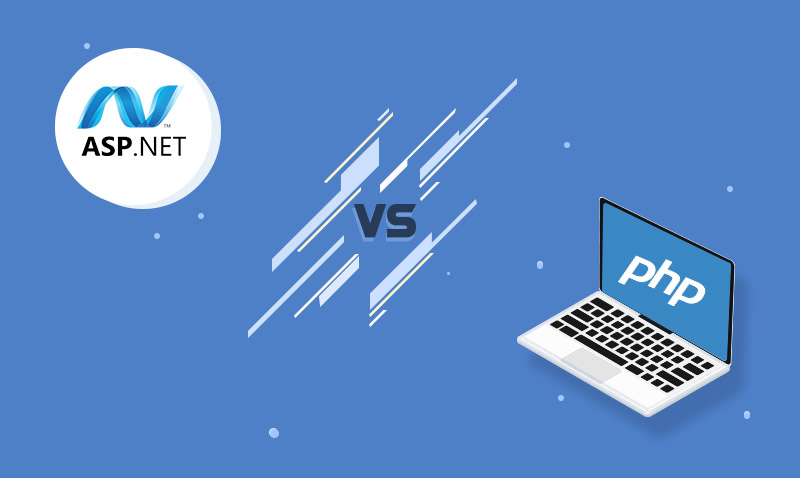 Numerous articles and blogs are accessible on the Internet that includes a wealth of information on PHP Vs ASP.NET. Unfortunately, the majority of these blog postings are slanted and often favor one party over another. By staying true to the research, this article conducts an unbiased comparison of the two most prevalent technologies in today’s world, namely PHP and ASP.NET.

On the one hand, we have PHP, the world’s most widely used and popular web technology, with billions of committed PHP engineers worldwide. On the other hand, we have Microsoft’s ASP.NET platform. At times, it’s tough to decide which technology (PHP or Asp.net) to choose for our application or website development project. Since a lot of people keep cost-effectiveness as their first factor of priority, they tend to defocus on quality or performance. There are many factors that affect the cost of developing .Net Apps as well as PHP Apps. However, that also depends on what your hired .net development company or PHP development company offers to you. Prioritizing only cost-effectiveness doesn’t always lead to a successful future for your app.

Therefore, in this article, we’re gonna take a spin over the basic difference between them along with the pros and cons. This comprehensive comparison guide will assist you in determining the finest technology for your next web application development project.

What Is the Difference Between PHP and.Net?

To begin, a widespread myth concerning website performance and speed is that the language in which your code influences the overall performance of your website. In actuality, however, there is a minimum speed difference between PHP and ASP.NET websites. Consider one of the most basic jobs of every online application: querying a database and outputting the results to the web server and ultimately to the end user’s browser.

In the example outlined above, the coding language is only connecting with the database and web servers to get the intended result. Both PHP and ASP.NET web development are equally capable of accessing file systems, locating pictures, and displaying pages on a web server, and their performance is much more dependent on the database server, the end user’s machine, and bandwidth, among other factors.

Having said that, there are widespread misconceptions in the industry regarding ASP.NET web development being more beautiful than PHP. While ASP.NET does not allow for as many inconsistencies in its code while still running (which theoretically makes PHP web development services a more approachable language for novices), the real economic benefits of being able to create “prettier code” are insignificant.

While many professional PHP developers may scoff at the concept of developing a website in PHP, the fact that colossal websites such as MailChimp and Facebook are built in PHP should suffice to debunk any impression that PHP sites perform worse than ASP.NET sites.

Pros and Cons: PHP Vs. ASP.NET

The Advantages and Disadvantages of PHP Development

PHP’s error handling has a reputation for being subpar in comparison to other programming languages, which means it might take longer to debug why a particular piece of code is failing to execute as planned.

The Advantages and Disadvantages of ASP.NET

As this argument between ASP.NET and PHP draws to a close, it’s time to decide which is superior. Both development frameworks are amazing at what they do, and developers may freely pick between them depending on the development process’s requirements. I hope the discussed characteristics for comparing the two languages assist you in determining which one is the greatest fit for your needs and requirements. If you’re still unsure, you may contact a reputable and well-known IT consulting business for assistance in deciding between the two options based on your web application development requirements.

Live Commerce: Everything You Need to Know About The Next Big Thing in E-Marketplace

How Do You Accelerate Your WooCommerce Store Successfully?