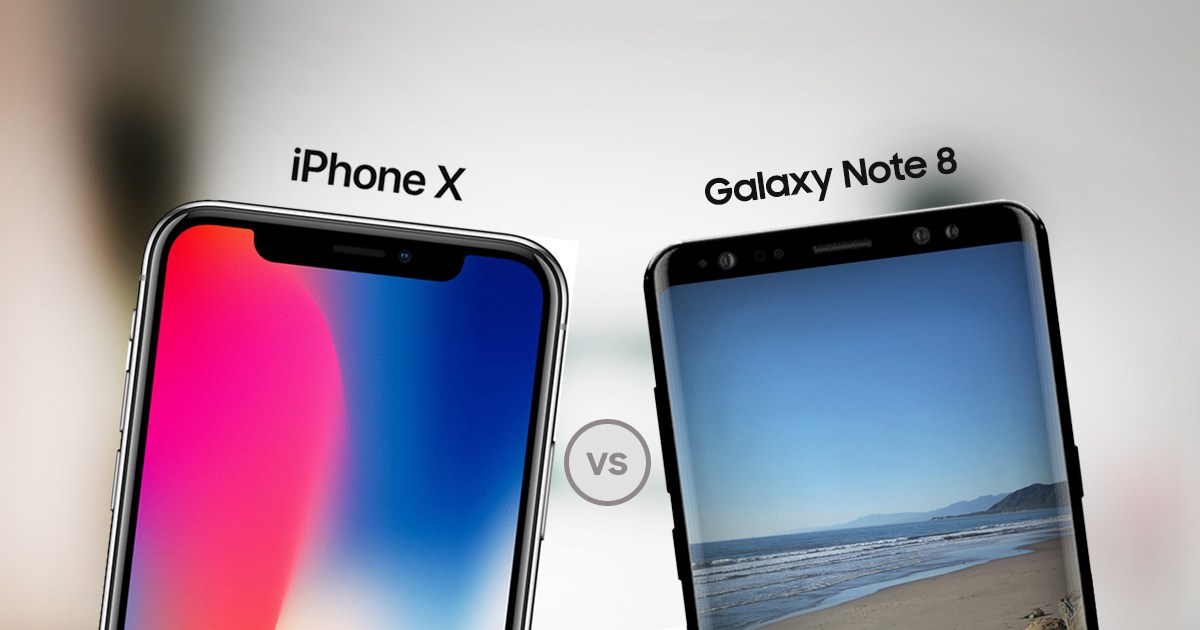 IPhone X vs Samsung Galaxy Note 8: which one to choose?

We compare both smartphones, which waste technological innovations.

The tenth anniversary of the iPhone has seen the birth of a unique phone. We say unique because it could be that iPhone X had only one. The range of Apple smartphones will continue to advance in the coming years, but that X could remain as it is. For that reason. It incorporates exclusive technological novelties that next we compare with the jewel in the crown of its rival the Samsung Galaxy Note 8.

OLED Screen in Front of AMOLED

It is the first thing we see and one of the aspects that most users consider. The Samsung Galaxy Note 8 has a 6.3-inch screen with Quad HD + Super AMOLED resolution with Mobile HDR Premium technology versus the improved 5.8-inch OLED of the iPhone X that Apple has dubbed Super Retina HD. In pixel density the Asian device wins with 521 pixels per inch compared to 458 for the American. However, the iPhone X is capable of reproducing new video technologies such as HDR10 and Dolby Vision.

A point in favor of the Note 8 is that it allows you to perform multi-tasking with convenience, such as reading the email while tweeting, when dividing the screen in two. On the other hand, the iPhone X screen uses 3D Touch technology that detects the intensity of the pressure, thus offering conceptual menus. Apple still does not want to see the MicroSD. The iPhone X does not have this possibility. Instead, it incorporates a six-core chip for the first time. All this together with 3 GB of RAM and memory options of 64 and 256 GB.

Samsung has arrived later than Apple in the fashion of double cameras. The Note 8 has two lenses of 12 megapixels each, a telephoto lens with 2X optical zoom -f 2.4- and a wide angle -f 1.7. From each photo you can obtain several versions with different amplitude, approach to an object and depth of field.

Apple meanwhile is also betting on two 12 megapixel lenses with 28 and 56 millimeters, wide angle of – / 1.8 and telephoto of – / 2.4. It also has double optical stabilization and four LED flash with slow synchronization. The 7-megapixel front camera is part of the new Face ID facial recognition system.

Apple has achieved that the battery mounted on the iPhone X. Which seems to be 2,700 mAh – the firm has not revealed it have up to two hours more autonomy than the iPhone 7, quite an achievement in these times. The same thing in favor of the apple company is the wireless charging of the device, which works with the Qi standard. In just 30 minutes we get half the charge with the cable and a 61 W Apple USB-C power adapter.

The battery Note 8 has been in the spotlight after the fiasco Note 7. Samsung has designed this time a smaller battery (3,300 mAh) and safe at the expense of a lower autonomy.

Top Flagship Phones You Can Buy In 2018