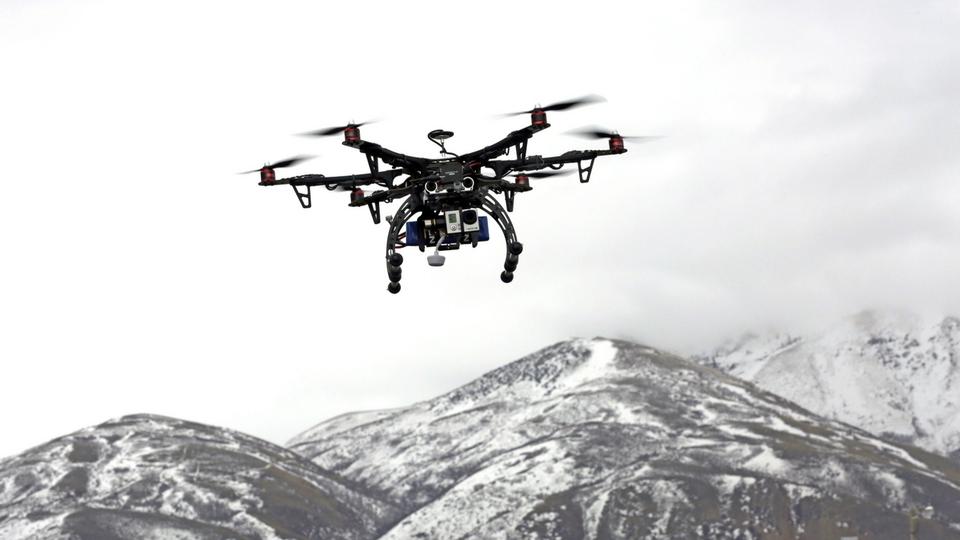 You might have seen drones in movies that are doing acts or just saw them in film or footage capturing but exactly don’t know what are drones and how they can become next big technology. Drones also are known as Unmanned Aerial Vehicles are machines that don’t require a pilot to fly and can fly tirelessly for hours as long as they have fuel in their body.

Drones have been used in many sectors of our life like in photography, in the military, in construction, and a lot more and it continues to grow as Engineers are inventing new drones.

Now you might be asking why do we use it for planting as we have men to do it. So before answering this we should know that in the world forest are declining day by day. The prime reason is the construction of new houses and that is causing their decline.

According to World Wide Fund, Forest is declining at the rate equals to eliminating 48 football grounds that’s quite embarrassing and that’s the prime reason for the worldwide increase in Temperature. Glaciers are melting and so do other habitats are being destroyed so for eliminating it we should plant new trees and it’s a fact that 350,000 trees need to be restored only in coastal Area what about the rest of the world? Their big number that needs to be achieved and we need automation for it.

The drone has been invented by British Engineers of Biocarbon Department. The drones are invented primarily to allow mass plantation of seeds by using technology. The Engineers collaborated with Mayanmar Nonprofit organization to plant Mangroves trees in the coastal area and till 2018 the plants have grown to about 20 inches which is a great achievement of science.

The nonprofit organization has planted nearly 6 million trees in the past 7 years and hopefully, they will do it in nearly a year with this new technology so using drones for this purpose sounds great.

How It Plant Seeds:

The drone first visits the particular site and sees the soil using its advanced technology. This helps it in identifying the type of soil. After that, It fires a biodegradable substance over the soil that contains the seed. the seed starts to grow quickly as water is provided to it.

These Drones are pretty energetics and according to the Engineers, 10 drones are enough to pot nearly 8,000 seeds a day which shows how well this technology can perform and make the world safe and secure.

As we know that due to COVID-19 people have lost jobs and millions are suffering so this new concept will be a great initiative and will open new doors to the job industry But you might be asking how it might be creating new jobs.

Similar goes for the person that is operating it and taking care of it thus it would be creating millions of jobs for all types of people starting from laborers, Engineers, technicians, designers, and a lot more.

Thus Drones are a great means of providing the world with millions of new plants. The best part of this industry is that it saves a lot of time as we have discussed that it takes only a few drones to thousands of seeds a day which is quite economical. This will also open new doors to the agriculture sector and will create a lot of new jobs and revenue for the country.

I am Talha Abbasi. I am a freelance graphic designer and web developer with skills of WordPress, Squarespace, Shopify, Html, CSS, adobe illustrator, and photoshop. I do blogging as a hobby. My blog name is techsteaks where I upload tech-related content.

Tricks That Can Send Unlimited Traffic to Your Website