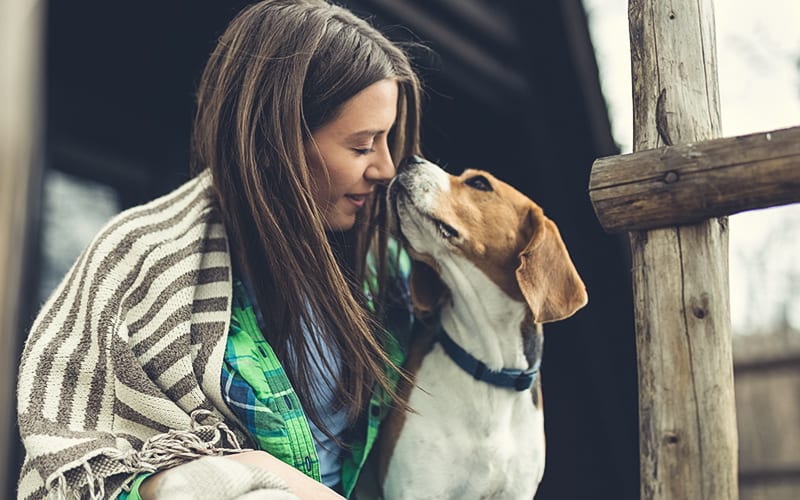 Many dogs are fearless and courageous animals. But, alas, sometimes these qualities give the owner a lot of problems, especially when they manifest themselves while walking on the street. Often, a pet rushes at passing cyclists, skateboarders, and most dangerous – at cars. How to stop a dog from rushing into cars and people?

Why does a dog rush to cars?

The exact reason why a dog rushes on passing cars is difficult to establish even for professional dog handlers. Some believe that the problem is instinct: the dog believes that the car is a large living object that is dangerous. Others think that animals don’t like spinning wheels; still, others are convinced that the main reason is the sounds, including the creak of bicycle wheels. So, the dogs are just doing their job with great sensitivity and attention to protocol, when they chase noisy metal animals.

Correct unwanted behavior using a reward system. It works much better than punishment. Analyze whether your dog loves more – treats or praises. This will be her reward for good behavior. If your dog barks too loud, you can use bark collars – special no bark devices. Go for a walk in places where there is a possibility of meeting moving objects – cars and bicycles, which your pet does not like so much. The dog must be kept on a leash! Moreover, if the length of the leash is not adjustable, take the one that is shorter.

As soon as you feel that the animal is about to rush to the car, you need to give any forbidding command that the pet knows: for example, “No” or “Stop” It is important not to pull the leash, not to tear it. Just hold on and don’t let the dog get out. After the ban, a beckoning command “Come to me!” Follows. If the dog responds, praise him, give him a treat. If the pet does not pay attention, a separate study of the “ban-call” pair is needed

At the second stage, movement without a leash is trained so that the free-range dog responds calmly to passing objects. Do not immediately remove the leash: you cannot completely trust the dog yet. To control the pet, it is enough to tie a ribbon to the collar. If he disobeys the command, you can keep him. The algorithm of actions is the same as in the previous stage. As soon as the car passes, the owner gives a prohibiting command and the command “Come to me!” If your pet does them, it should be praised or rewarded. If not, you will have to go back to the leash stage. As soon as the dog stops making mistakes, confidently and obediently approaches you, you can remove the control tape.

Want to Choose Flowers for Your Wedding? Here is What you Need to Consider

How Can Game Developers Efficiently Maximize Their Revenue?