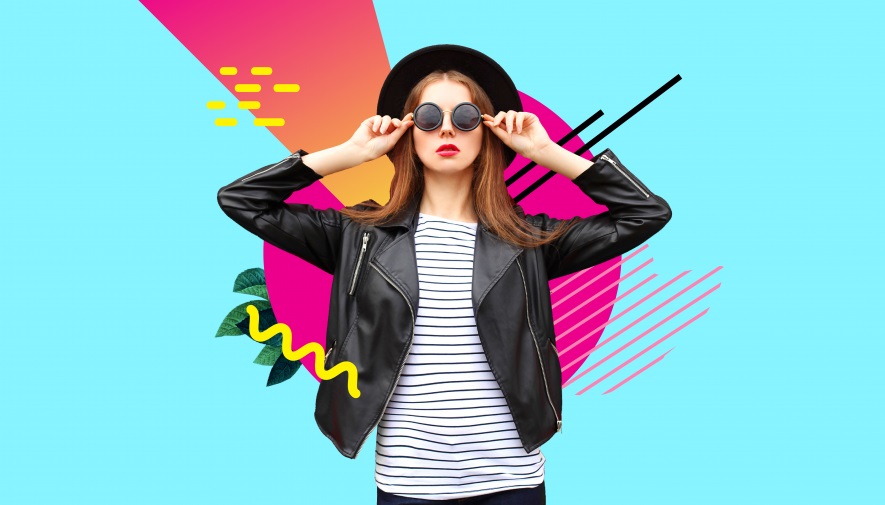 Social networking websites now have a bigger impact on the fashion industry than before. Before Instagram, the market appeared to be out of reach for many customers, and a few firms controlled it. Now, you have the possibility to become highly well-known very rapidly if you can manage your social media platforms. Understanding the influence of social media on consumer choices for fashion trends is crucial for any clothing brand. Everything you require is included in this manual, including:

The individuals who affect consumer behavior are one of the most important shifts that social media has brought about in fashion. Content is crucial in today’s world of bloggers, models, comedians, and social media stars. Whether the material is a person giving their cooking instructions on YouTube, a person streaming a video game on Twitch, or a viral dance on TikTok. Influencers are the name given to these new breeds of internet celebrities.

According to Google’s research, 70% of adolescents put more faith in influencers than in conventional celebrities. Every influencer has a following, and they all produce material specifically for them. This talent complements their capacity for self-promotion. Brands frequently urge them to promote their items to their audience as a consequence. Influencers have a significant impact on their hordes of admirers since they have the freedom to choose whatever brands they want to represent in their wardrobe.

If the market for their apparel is large enough, many influencers establish their own clothing lines. Still, apparel companies are in a race to get influencers to promote their goods. These people are an important social media marketing channel that you should employ to sell your clothes. If you are unable to become an influencer, you could look for people who are popular with your target market and interact with them. Then, you may swiftly build traction on the platforms through collaborations, mentions, or even convincing them to wear your clothing in their video.

The accelerated representation of numerous groups on social media is one of the most advantageous advances for fashion. Social media platforms provide everyone with a voice. It’s certainly not limited to the traditional, linear conceptions of beauty. Now, anybody may work as a model, regardless of their size, skin tone, handicap, sexual orientation, gender, etc. The Fashion Spot’s analysis indicates that Spring 2022 will be the most racially diverse season in fashion history. 48% of the models in 198 shows that we examined were individuals of color.

More customers than ever are interested in fashion thanks to the adjustments made to the models who are now so widely represented. Seeing someone who resembles them expands the options for clothes for those who may not have felt like it was for them in the past. It benefits your company in more ways than one to make sure that your clothesline represents society and the larger globe. In terms of the clothes you design, it also implies that you may be more innovative and adventurous. A larger audience may also allow you to interact with a greater number of individuals and collaborate with various influencers.

The fashion trend of intentionally launching a small number of things while intentionally building up a lot of anticipation around them was not started by social media. Nevertheless, making talks go viral made this process simpler. primarily a preferred strategy by companies like Nike to provide a small selection of shoes. They rapidly increase in value, as you can see. Due to the high-profit margins, certain businesses and individuals specialize in reselling these shoes.

The strong resurgence of the Air Jordan 1 “Lost & Found” (officially known as the “Chicago” by NIKE, Inc.) eventually made its global retail debut on November 19th, following months of rumors, teases, and early releases. The shoe is well-known, having dominated social media feeds and news stories about sneakers for most of 2022.

Initially conceived as the “Chicago Reimagined,” the product ended up being a far more conceptual undertaking that allowed Jordan Brand to exercise its storytelling and creative prowess while also giving in to customer desires for a re-release of the Air Jordan 1 “Chicago”. Celebrities love wearing this kind of clothing to flaunt their opulent lifestyle. Because social media makes it possible to see these people frequently wearing the items, their worth rises, and more people want the things. If you can generate such strong demand for your clothing, intentionally releasing fewer things might be a method to raise pricing.

Social networking has significantly altered consumer fashion choices and the way items enter and exit the market. Trends dominate social media, particularly in services like TikTok that depend on ongoing involvement. Anything may become popular online so rapidly that predicting what will do so cannot be difficult.

According to an In video study, on TikTok, every 100 views produce an average of 12 engagements (likes, comments, and shares). For many clothing firms, rapid trends may either be a hindrance or an opportunity. The secret is to swiftly adjust to whatever is trending right now or try to start your own trend. You have the opportunity to sell your jeans if, for instance, a popular dance involves people wearing 1970s-era attire.

Or perhaps you want to sell some sunglasses, so you try to establish a challenge where participants wear as many pairs as they can. It might be challenging to stay current with social media trends. You can find that some platforms are more often used by your target audience than others, depending on who they are. Then you may concentrate on those. Additionally, audiences are switching platforms at a rapid rate, so you must always be on the lookout for fresh chances.

5 Expert Tips to Prevent Your Hair Color From Fading