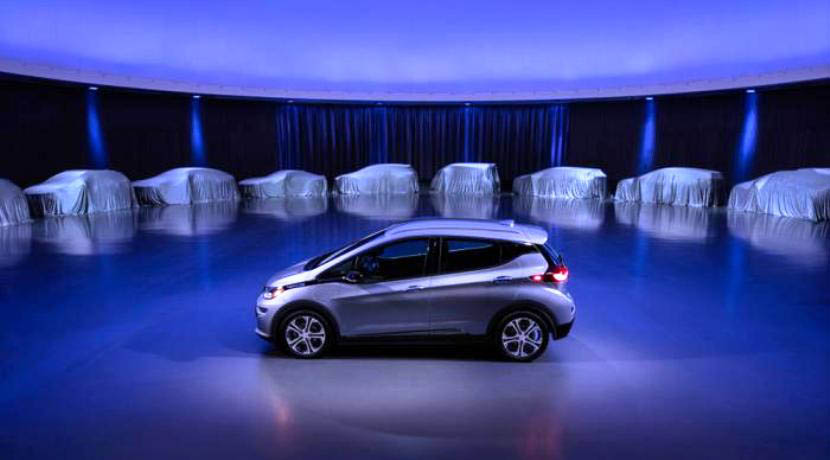 The strategy of withdrawal that is carrying out General Motors caught us by surprise to all. It is true that the American cars was not doing very well in Europe, but from there to get rid of Opel and Vauxhall was a stretch. That said now that their finances seem to be in good shape, they have decided to go ahead with their plans to electrify their range of models.

According to Kevin Kelly, spokesman for General Motors by 2023 up to 20 new models will be powered by electricity or a hydrogen battery. This announcement was made following the presentation of a new modular platform for vehicles powered by hydrogen battery. The structure called SURUS (Silent Utility Rover Universal Superstructure) will be the basis for launching many of these new models. Kelly also took the opportunity to point out that this launch plan is global. So some products may be specific to some regions of the world. Among them, China will be one of the most prominent as it is the main market of the conglomerate. Proof of this is that Buick will market exclusively for this market says 5. To which later more models will be joined.

This ad has not been finalized with a retail release plan. For now, the only thing that is known is that in 18 months will launch two new models developed on the technology of the Chevrolet Bolt EV. It is unknown the segment of the market in which they will be military. But with this technology will be able to replicate in autonomy the next Nissan Leaf.

It seems that the arrival of these models to the European continent will not occur. Now that General Motors lacks its own distribution network. It will not be profitable for them to return to the old continent. Another thing will be if they decide to resurrect as God sends Cadillac. They put the batteries with its range of models and commercial network. This would be the only way for us to see any of the new models that announce the best General Motors we have known in its history.

Launch of The All New Peugeot 3008 in Argentina